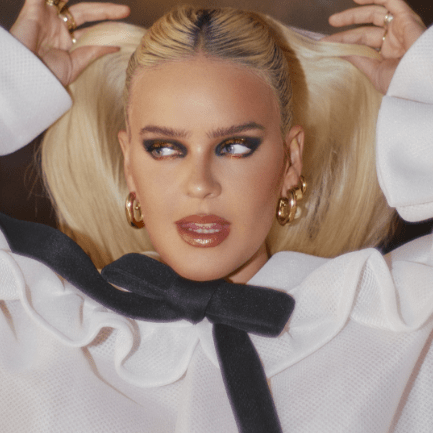 Platinum-selling, multi-talented Anne-Marie is turning it up in 2021.

Kicking-off the year as a new, and winning, coach on Saturday night prime time show, The Voice, Anne-Marie has been riding high in the UK charts ever since January following the release of her KSI and Digital Farm Animals collaboration ‘Don’t Play’; a track that not only spent a staggering 12 weeks inside the UK Top 10 Official Singles Chart, but one that has become the UK’s biggest song of 2021 so far by a British female artist. And she’s only just got going.

The Essex-born star has now completed putting finishing touches to her second studio album, of which details will be revealed very soon. “I am so excited for the world to hear what I’ve been working on. This album helped me on a journey of becoming a new, happier me and I hope it will make everyone feel good, or have a good cry, or scream a sneaky revenge tune out – a song for every mood.”

Anne-Marie’s worldwide appeal is nothing short of monumental. A world-class vocalist who has five UK Top 10’s under her wings, her unfiltered, honest approach has seen her resonate with fans across the world ever since she entered the music scene in 2015. She’s one of those rare breeds of artist that’s so relatable, her music makes you feel like you’re conversing with your best mate, especially when it comes to relationship drama: “We all go through heartbreak at some point and it’s important to talk about it. Recognise a bad relationship but also recognise that these feelings of heartbreak don’t last forever and that you’re not alone in what you go through.”